Xieng KhKhouang is a province of Laos, located in the Xiangkhouang Plateau, north-east of the country. Originally known as Muang Phouan, the present capital of the province is Phonsavan. The population of the province as of March 2005 census is 229,521. Here is also the home of the Plain of Jars

Xieng Khouang and the enigmatic Plain of Jars make up one of the most important sites for studying the late prehistory of mainland Southeast Asia. While the ancient civilization that constructed the jars was flourishing, advances in agricultural production, the manufacturing of metals, and the organization of long-distance overland trade between India and China were also rapidly transforming local society and setting the stage for urbanization across the region. Mortuary practices associated with the jars consisting of both cremation and secondary burial suggest a highly-evolved local tradition of ritual, symbolism and metaphysics which persisted through to the kingdoms of the Angkor Period, long after the arrival of Hindu and Buddhist philosophies into Southeast Asia. Prehistoric material found at the Plain of Jars is still under study, and apparently spans a considerable period of time, with some dating from as early as 2000 BC. The bulk of the archaeological material, however, as well as the jars themselves appeared much later, dating to the early Iron Age between 500 BC and 500-800 AD. The closet archaeological parallels to the finds at the Plain of Jars appear to be Bronze and Iron Age materials from Dong Son in Viet Nam, Samrong Sen in Cambodia, and the Khorat Plateau in northeast Thailand. There are also similarities with the present-day city of Danang, as well as with sites in the North Cachar Hills of northeastern India where megalithic jar North exist. All of these similar sites date to approximately the same period-roughly 500 BC - 500 AD. Together they form a mosaic picture of a large area of upland Southeast Asia criss-crossed by traders, with the Xieng Khouang Plateau at its centre. Although little is known about the people that constructed the megalithic stone jars, an account of the area's history as it relates to the Tai Puan and the lands they settled in Xieng Khouang is recorded in the Pongsawadan Meuang Puan or the Muang Puan Chronicles. The Tai Puan are a Buddhist Tai-Lao ethnic group that migrated from what is today southern China and by the 13th century had formed an independent principality at the Plain of Jars that prospered from the overland trade in metals and forest products. In the mid-14th century, Muang Puan was incorporated into the Lane Xang Kingdom under Fa Ngum, though the Phuan were able to retain a high degree of autonomy. After Siam (Thailand) extended control to Lao territories east of the Mekong in the 1770's, Muang Puan became a Siamese vassal state and also maintained tributary relations with Dai Viet (Viet Nam). To exert greater control of the lands and people of Muang Phuan, the Siamese launched three separate campaigns (1777-1779, 1834-1836, 1875-1876) to resettle large parts of the Phuan population to the south to regions under firm Siamese control. 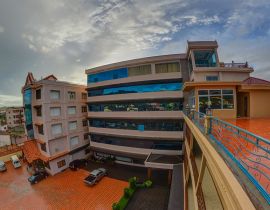 Warm welcome to Anoulack Khen Lao Hotel, located in the Xiengkhouang city center, on the way to...
Xieng Khouang, Laos 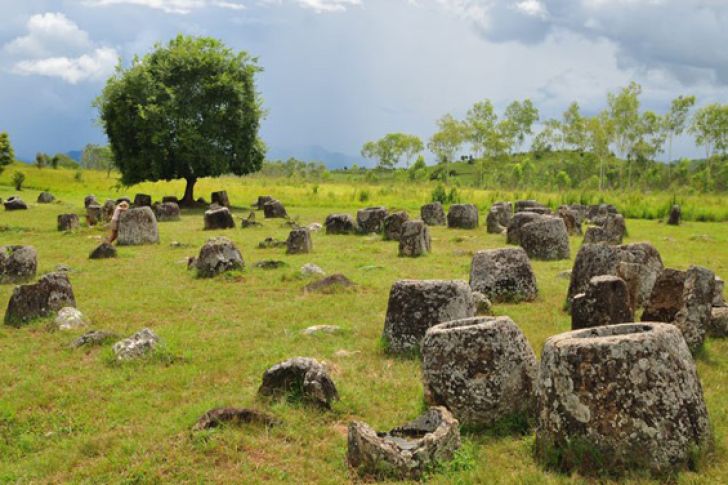 The Plain of Jars

The Plain of Jars is a group of fields containing thousands of stone jars cut out from rock thousands of years ago. The sites are located around the city of Phonsavan in Xiangkhouang province,...
More

A-Z of Other Destinations